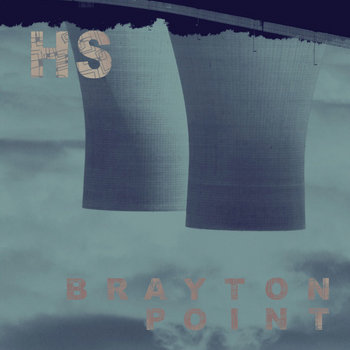 Tapes-and-stuff artist Howard Stelzer has been making albums since the ’90s, and has collaborated with artists from Jason Lescalleet to Frans de Waard. He’s been a staunch noise-scene contributor, supporter and archivist, as well as the figurehead behind Intransitive. This album is his first solo release in several years.

The album consists of manipulations of field recordings taken from around the Brayton Point Power Station in Somerset, Massachusetts. The station is to be decommissioned in 2017, so Stelzer’s recording acts as a kind of memorial to the site; a document which initially captures working sounds of the area before transforming into a thrumming, windy meditation on the limitless potentials of power. The industrial grime of the power station is strongly present, though it’s not in the jackhammer way which one would associate with an Eraserhead ethic.

Stelzer’s work with tapes speaks to the difference between the sound of the moment and the sound of the recording. Here then, we’re presented with an idealised picture of the power station – something ubiquitous, doing what it does day after day becomes a living entity. Something which has operated since the 1960s within strict parameters is given the Jekyll-and-Hyde treatment, breaking through the cooling towers to reveal the chaos at its heart.

As ever, where sound rides close to noise, the mind is free to construct stories behind what’s heard. Brayton Point tells terrible tales. There’s development, at least in terms of sounds transforming from a beginning of identifiable clankings and machine-hums to full-on space gales into moments of tinnitus-shrouded pig screams, to its furnace-blast endpoint.

The changing nature of the album is handled well: there’s enough clarity to ensure the proceedings would ever be considered ambient, but enough smear to enhance the feeling of growth, of continuity.

There’s a lot in common here with Sleep Research Facility’s explorations of drone. Brayton Point plays like a scarier version of SRF’s Nostromo, as if that were possible. The sort of extreme solar winds or death-bringing clouds of expanse which feature in SRF’s work, or that of Lustmord or Luasa Raelon are present here. It’s as if the snowbound station of Carpenter’s The Thing is livestreamed to your speakers: there’s something going on out there but it’s difficult to determine what it is. It’s not entirely terrifying though: as with the dying moments of hypothermia it’s difficult to avoid the desire to lie down in the doom.

As a hymn to power and a memorial to decrepit industrialisation, Brayton Point is remarkable.

Dokuro are handling the physical release of this album. Downloads may be bought or streamed from Stelzer’s site.