Ninja Tune is the record label established by Coldcut, the duo of Matt Black and Jonathan Moore who gained a reputation in 1987 on the strength of their â€œSeven Minutes of Madnessâ€ remix of Eric B and Rakim’ “Paid In Full’. It’s been described as a â€œbenchmark remixâ€ by The Guardian newspaper and their distinctive take used the track as a springboard for a dizzying collage of samples, including James Brown, Humphrey Bogart and Israeli singer Ofra Haza.

Many other Ninja Tune artists also use remixing in their approach to create music, so it’s not surprising that fans of the label have adopted the practise. I’m one such fan and reckon remixing is a great way to learn about electronic music. Even if you listen to the remixes bundled on commercial singles you can hear how changing tempo and rhythm pushes the material into different styles of dance music, as well as demonstrating other production techniques.

In 2001 I started spending time on the forum of the Ninja Tune website and discovered a group of like-minded music fans who were sharing skills and enthusiasm. Fellow “forumite’ DJ Pnutz shares a similar experience, writing â€œI’ve met some amazing people who I have a lot in common with musically. It’s a great place to share tracks and mixes and get turned onto underground music from around the world.â€ 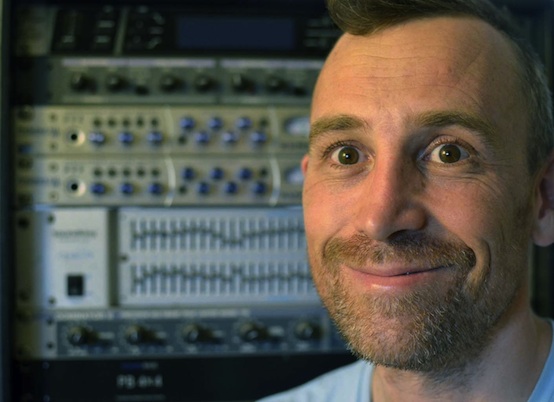 During 2003 I settled on the username Bassling and joined regular remix competitions, which opened my mind to a variety of ways in which different producers could manipulate source material. I’ve learned a lot from the forum, it’s been education in producing electronic music as well as providing inspiration.

In recent years the Ninja Tune Forum has taken this remixing further, with chains that remix remixes in a “Chinese-whispers’-style approach. The results are surprising with the overlapping samples providing a sense deja-vu and continuity, while the distinctive approaches of different producers provide contrast.

â€œThe idea for the remix chain came from a couple of places,â€ explains Ben Coffer (username Kelp). â€œFirstly it was a follow-on from forum member Red Havoc’s “Cut & Run’ project where artists swapped the last of four bars of music to make one complete track. Also [it drew on a project that]I was involved in a very long time ago for American label Kracfive, which in turn got the idea from the fantastic Swedish label Dot Records with their Endlessnessism release.”

“A remix chain is an effective way of seeing the evolution of a track.â€

The second such remix chain is “Rising Up’ has recently been released and it brings together nine “forumites’ and a variety of styles of electronic music. â€œHaving organised a couple of these chain projects now it’s interesting to see also how the project in itself is growing and evolving,” writes Ben. “Some artists do still have a tendency to tweak their own remix many weeks down the line and you have to be careful how far this is taken otherwise the follow on remix down the chain can start to lose its connection with its parent remix.â€

He describes â€œThe main challenge is seeing how far to take the remix while still somehow ensuring the listener can hear the connection with the original source.â€ Ensuring a relationship between the source and the result is one DJ Pnutz identifies too: â€œRemixes are one of my favourite things. I would say the most challenging thing about it is worrying if the original artist will like how I’ve mangled their work.â€

Artist The Manacles Of Acid usually uses â€œAll hardware in my own production. mainly analogue and vintage. 909, 303, 101, Elektron and Moog.â€ However, for the â€œelectro house jungle mash-upâ€ on the “Rising Up’ compilation â€œI used a lot of the original samples which is always good fun as I’m usually all hardware and forget how easy it is to manipulate samples on a computer.â€ Techdef writes that â€œremixing always presents a challenge between honouring the original material and putting your own voice and imagination into the new version. My favourite outcomes are those that retain recognisable elements and/or grooves from the original, while taking the track into a completely new direction. I love to chop, slice and rearrange sounds, so the groove often changes quite a bit on my mixes.â€

Part of Kelp’ approach is using the source material as a creative constraint: â€œI try just to make the track using only what is provided by the original artist.â€

James Swift (James++) takes a similar approach, writing: â€œI try very hard to only use samples of the original when remixing as opposed to when I make my own music. Then I rarely use samples.â€ However, this proved to be too challenging to maintain for James’ remix in this chain: â€œGrohs’ very good drone remix in this case made it a tad too difficult to limit myself to the samples alone.â€

The artist known as Day Of Vengeance describes his sounds a â€œdrone with “90s drum and bassâ€ and is a â€œhuge fan of old Photek and Paradox, soÂ youÂ could say I was brown-nosing them. I find it easier to remix than to make my own music to be honest. I guess the main challenge is to not make it sound so similar and make sureÂ youÂ inject your flavour somehow.â€

The result on “Rising Up’ is a rich and varied collection of tracks. Despite the different approaches, the overlapping samples mean they all sound more or less at home following each other. It’s fascinating to hear the contrasts and I’m taking inspiration from a number of them, as well as relishing what can be achieved through collaboration.

Kelp agrees: â€œThe remix chain projects have really helped re-start some of the former collaborative efforts that we used to see on the Ninja Tune forum. This is the main idea behind them and hopefully any other projects that are started as a result.â€œ

We’re planning further projects and have established a netlabel on the Bandcamp website that references our inspiration from Ninja Tune in the name Shinobi Cuts. One project will be a third remix chain and Kelp is developing in his role organising these compilations.

â€œIt’s been a learning experience, sometimes you have to juggle the order of the artists up a bit when a new chain is started. I’ve found more interesting results appear when I ‘curate’ the flow of the chain album somewhat, you don’t want the whole of one half of the release to be ambient for instance with the other half solid beats. I try and give the artists involved a bit of a challenge, if I can, with who they are ‘paired up’ with either side of their own remix.â€

It’s exciting for me to be involved with the project as it continues to develop. I’m still gaining an education in electronic music and, if you’d like to too, keep an eye on the Ninja Tune Forum for an opportunity to join in.