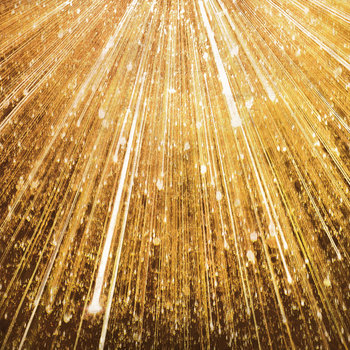 Why don’t more people use horns in heavy music? Metal, doom, sludge, grindcore, noise, stoner-rock, drone – they can all benefit from the addition of a saxophone or a trumpet or a trombone. Okay, so horns aren’t the first instruments that you might think to use in the creation of thick and dirty overdriven slabs of noise, with guitar/bass/drums being the standard. But that doesn’t mean that there isn’t a place for them. Ask anyone who knows Zu or Lard Free or Spaceways Inc. or The Mount Fuji Doomjazz Orchestra, or Melbourne’s own Bucketrider or Embers or Bohjass Upas Militia. A fat horn section can wail as abrasively as any fuzz guitar, and can grind out ugly sheets of sound as well as any “conventional” rock line-up. Those of you who have asked yourselves the same question, whose tastes incline this way, whose appreciation of heavy music extends to the obnoxious honk-squeak of a baritone sax or the filthy squeal-scream of an overblown trumpet or the evil bubbling-fart of a trombone, should rush out and get Dead Neanderthals’ Prime.

The second collaboration between Dutch sax-drums duo Otto Kokke and Rene Aquarius and British saxophonist Colin Webster, Prime plays out as a single 40-minute piece of relentless, uncompromising and incredibly heavy free-jazz/noise. These guys don’t give up; one wonders how Kokke and Webster managed to take a breath, so constant is their scronk and bellow and shriek; Aquarius plays hard, like it’s the only way to release his fury, beating and beating and beating his drums in an almost scattershot fashion. If any music could be (badly) described as “no holds barred”, this is it. And while it’s probably a superfluous thing to say, improvisation and spontaneity lie at the core of their sound and their approach – anything this wild and unpredictable couldn’t be planned.

But don’t think that Prime is monotonous or repetitive – the textures and tones of Dead Neanderthals’ berserker-blare constantly move and evolve. Kokke and Webster move from the screeching upper registers of their saxophones to the coughing thickness of the lower and then back again, sometimes letting loose flurries of notes and whistles and grunts and piercing squalls and ear-splitting screeches, sometimes laying down long single-note drones; Aquarius plays patterns that are seemingly random, with explosions of cymbal crashes and sudden brief stops that punctuate the endless racket, and then abruptly moves into an almost grindcore two-four beat that adds an element of rhythm to the chaos. Prime is never boring. It will rain down on you. It will intoxicate you. It will traumatise you, pummel you, devastate you, destroy you. Once heard, it will never be forgotten, and heavy music will never seem the same.