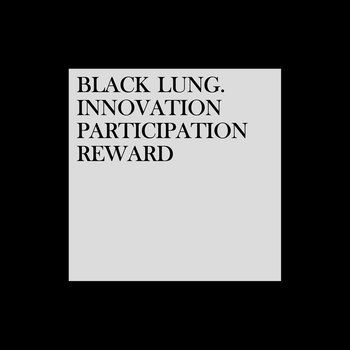 Australian electronic producer David Thrussell’s most recent album under his Black Lung alias ‘The Great Golden Goal’ saw him offering up a corporate motivational tool designed to boost innovation and productivity, its uptempo techno / electro explorations designed to enable synergies and harness creativity. A few scant months on, this accompanying remix collection ‘Innovation. Participation. Reward.’ arrives to, in the words of its creators, enable the source material to “benefit from strategic capital injection, asset consolidation and focussed rebranding.” Nefarious corporate machinations aside, what you’re left with here is a consistently strong collection of reworkings that manages to transcend the standard remix album template by also throwing in a brace of previously unreleased tracks from its parent album’s recording sessions.

Perhaps one of the most engaging factors here is the diversity of styles and moods being explored by the various producers here, the intrigue factor continually being triggered by an impressive cast of remixers that takes in the likes of Lustmord, Iszoloscope and longtime Thrussell associate Sir Real alongside Detritus and Tympanik Audio’s Displacer. Hologram’s remix of ‘Hype & Drive’ opens proceedings with a wander out into dark industrial-edged dubstep that sees brooding bass distortion building like an oncoming storm against hard snapping snares and fidgety percussion rolls in a manner that calls to mind the likes of Niveau Zero or perhaps even The Bug.

Monolith’s reworking of ‘The Captains Of Industry’ meanwhile veers off into darkly surging techno that sees tribal kickdrums flexing against an ominous backdrop of distorted textures and sparse melodic notes that somehow also carries a ghostly sense of electro-funk, before Dan Courtman gets spooky with his fluttering minimalist techno reworking of ‘Price / Less’ as bendy 303 tones dart against clicking toms and eerily cycling belltower notes. Elsewhere, Detritus reshapes ‘The Prophet Margin’ into ominous juddering hip hop, sending chugging powerchords winding their way through funereal-sounding synth landscapes, before Lustmord’s reworking of ‘The Business Of Selling’ takes thing original off on a deep dub tip that’s more reminiscent of Mad Professor than anything else. In truth there aren’t many remix collections out there that are as consistently interesting to listen to from start through to finish as this one. Highly recommended.