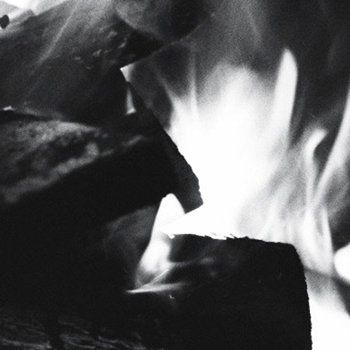 The first thing to note about Deaf Arena is that the material is five years old. True, it’s a new release, but it’s worth taking note the music within was created when John Cohen was 19, and perhaps slightly undecided on his stylistic trajectory. The reason this is slightly galling is because there’s precious little in the way of originality here.

Let me clarify: these tracks aren’t terrible. But they do sound like an artist trying on different sounds to see how they fit. What springs to mind as the album plays are the names of other artists.

Sure, these are good names to be associated with, and it is a testament to Cohen’s ability one thinks of these other performers when hearing his tracks. But there isn’t much that shines as his own.

The tunes are not sound-alikes, but they do sound more like tributes than standalone compositions. ‘Promises’ mines the roiling soundworld of Kevin Drumm and the almost-vintage, tangential recall of D_rradio. Opener ‘The Deep’ brings to mind the lockstep terror of Umberto and the Saw shenanigans of Charlie Clouser’s work, with a touch of Muslimgauze vocalise. So it goes. Most tracks cause another’s name to flick across the inner screen, not Cohen’s own.

Deaf Arena‘s attempts at dark atmosphere – encouraged by the gloomy album art – mostly misfire, though ‘Long and Narrow’ is an undoubted high point, full of the sort of grimness Lustmord has made his own, but with a welcome feeling of movement, of mechanised transport and aviation disaster. The title track moves in the right robotic despair direction until a chaos-worshipping vocal (less Striborg and more guesting-vocalist-says-noise-is-rad-through-a-distorted-mic) undoes the tension successfully accrued until then.

Closer ‘This Place 2’ finishes the album on an effectively unsettling note. It sounds as if a Satie piece is being allowed to breathe in an open room. There’s a distinctly unsettling feeling to this closure – it’s both calm and slightly off. Koji Asano has done something similar with his You Can’t Open the Door Because It’s Already Open album, but this is more pregnant with possibility, and seems to owe debts to both minimalism and field recording.

Fans of Cohen’s other work as part of the duo Dead Fader may find Deaf Arena a little more appealing, or be willing to knit some cohesiveness out of the collection of tracks. If you’re not already a fan, this album won’t turn you into one. If anything, it will make you wish for more of the solid stuff present on ‘This Place 2’ and ‘Long and Narrow’ and absent elsewhere.

However good some tracks are in isolation, the sequencing of Deaf Arena doesn’t lend itself to a feeling of unity, of targeted effort. As a sustained album, it is a failure. As a taster of talent, though, it’s more appealing. Here’s hoping Cohen’s next solo outing follows those solid leads.