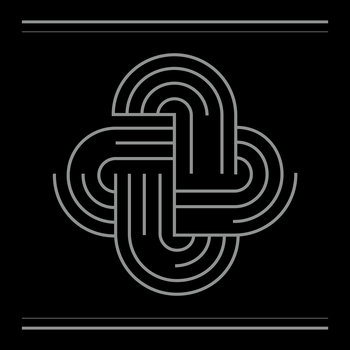 An improvised music ensemble composed of artists who’ve for the most part previously had associations with the Canberra-based Hellosquare label, Tangents sees Spartak’s Shoeb Ahmad and Evan Dorian joining forces with Fourplay / Raven’s Peter Hollo, Adrian Lim-Klumpes and Icarus member Ollie Bown for a ominous wander through live instrumentation and electronics they describe as ‘post-everything.’ Originally recorded back in 2010 at Sydney’s Megaphon Studios before being subsequently edited and mixed by Bown and Hollo, the five (often expansive) tracks collected together on this debut album ‘I’ mark Tangents’ first steps as a group. ‘A Sine Feather’ opens with a barely audible murmur of treated electronics and gently phased guitar chords before scraped metallic tones and twittering electronics begin to stray into the foreground alongside rippling melodic flashes of treated piano keys from Lim-Klumpes. If anything these sudden unpredictable flashes of piano accentuate even more the eerily cinematic atmosphere generated here, particularly as Hollo’s growling, furious cello soloing and Dorian’s clattering, almost elastic-sounding percussive fills seemingly battle for space, only for the entire track to fade out at its very end into metallic sounding resonant drones.

The ten minute long ‘Youth / Slide / Fire’ carries just as much tension, almost evoking a stormcloud of controlled chaos as it emerges from a wall of amplifier feedback, skittering percussion and delayed-out crashes, the treated sound of what sounds like radio chatter bleeding into the foreground alongside minimalist guitar plucks and mournful cello tones, and the live instruments almost seeming to drown at points in the gauzy layers of treated electronic noise that ebb like static in the background. Elsewhere, ‘Stitches’ clocks in at a comparatively tiny four minutes, which it spends sending a rush of tumbling percussion textures, splashing cymbals and gritty electronics racing into a blur of noises, as shimmering drones build into a peak in the background, in what’s easily one of the more uplifting offerings here. Rather than being really post-everything, there are recognisable elements of dark ambience, musique concrete, experimental jazz and a whole of other genres here – it’s just that one never dominates over any of the others (indeed, the same can certainly be said of the performers here), leading to an intriguing and unpredictably shifting whole.